Jamie Ford made waves in 2009 with the publication of Hotel on the Corner of Bitter and Sweet, which charted on The New York Times Best Seller list for more than two years. It also won Ford the 2010 Asian/Pacific American Award for Literature. His follow ups, Songs of Willow Frost (2013) and Love and Other Consolation Prizes (2017), solidified the author’s standing as one of historical fiction’s foremost chroniclers of the Chinese American experience. Ford’s newest novel, The Many Daughters of Afong Moy, is “an enthralling, centuries-spanning, masterful saga… exploring the bonds that transcend physical space” (Bookpage). After seeking an experimental treatment designed to mitigate inherited trauma, Dorothy Moy gains a novel and intimate connection to seven generations of Chinese ancestors. They include Afong Moy, the first Chinese woman known to set foot in North America. Among other honors, The Many Daughters of Afong Moy was selected by the Today Show for its popular #ReadWithJenna Book Club. 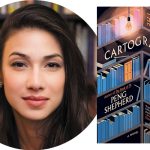 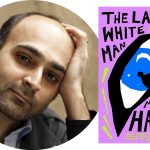