Marie Myung-Ok Lee is a treasured voice in Korean American literature. Her latest novel, The Evening Hero, follows the trials and travails of Korean obstetrician Dr. Yungman Kwak. In the wake of the Korean War, Kwak left his family and village to pursue the American Dream in rural Minnesota. Lee’s poignant, time-jumping narrative encompasses “rural hospital closures, anti-Asian racism, and how war trauma seeps into everyday life for an immigrant – themes that have become suddenly more urgent and topical” (Simon & Schuster). Lee is also an accomplished YA writer. Her groundbreaking Finding My Voice, first published in 1992, is thought to be the first contemporary-set young adult novel written by an Asian American author and featuring Asian American protagonists. It was rereleased in 2021. In addition to her own writing, Lee is co-founder of the Asian American Writers’ Workshop and director of the Asian American Diasporic Writers series at Columbia University. 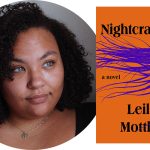 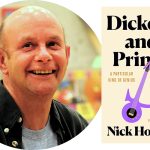