British Pakistani novelist Mohsin Hamid’s international bestsellers have been translated into an astounding forty languages. They include The Reluctant Fundamentalist (2007) and Exit West (2017), two novels shortlisted for the Man Booker Prize, and How to Get Filthy Rich in Rising Asia (2013), which won the Tiziano Terzani International Literary Prize. Hamid is also an in-demand journalist and op ed contributor, with a byline readily recognizable to readers of The Guardian and The New York Times. Hamid’s latest book, The Last White Man, is a reimagining of Franz Kafka’s classic novella The Metamorphosis. Anders, a white American, wakes up to discover that his skin has inexplicably turned “a deep and undeniable brown.” What’s more: He’s not alone. In a starred review, Kirkus calls The Last White Man “a brilliantly realized allegory of racial transformation… speaking to a more equitable future.” Sources as varied as Time, Entertainment Weekly, and Elle named it one of the best books of Summer 2022. 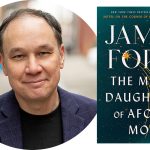 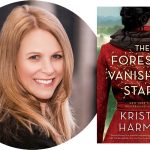